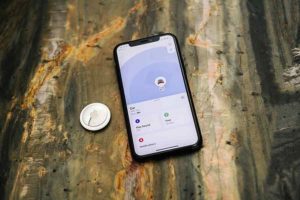 Calgary entrepreneur recovers $10,000 worth of building materials with AirTags

Entrepreneur Pierre Dumont was able to recover $10,000 worth of house exterior trim stolen from a construction site by tracking it using Apple AirTags.

According to CBC, Pierre Dumont reported seeing a recent increase in building material thefts in Calgary, which he owed to an overall shortage of building material supply. During this summer, he faced two incidents of stolen equipment during a bi-weekly period.

“We don’t get paid enough to supply the material twice,” Dumont said. “It hurts us very much.”

The main use of AirTags promoted by Apple is to locate lost items like key fobs or backpacks or other Apple devices. But Dumont made an original use of it. He bought them and hid them among the bundles of siding and trim at his construction sites.

On his way to work last week when he checked his phone he found that three of the beacons pointed to an address near Falconridge. He and a colleague drove to the scene to discover the stolen equipment from the backyard of a contractor who owned a siding business.

Dumont called Calgary police to the scene, who were able to return the equipment to him.

Dumont became a true advocate of AirTag technology and would continue to use it to monitor building materials at his sites.

He also urged clients to research contractors thoroughly before employing their services.

“There are bad entrepreneurs who just decide to steal products instead of buying them,” he said. “Just be careful who you hire.”

FinTechs put their foot down on trucking payments