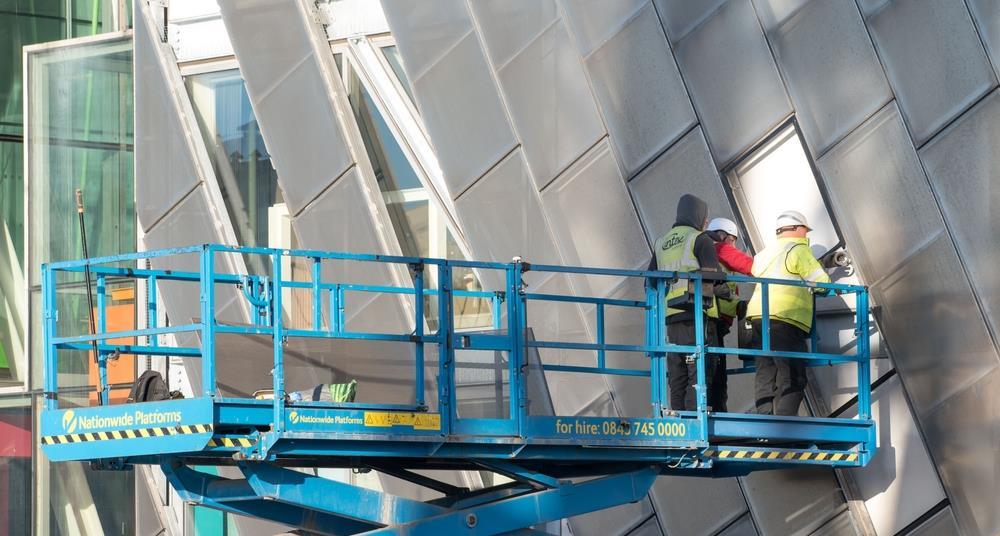 Contractors and architects must contribute to the government’s £4billion coating fund, the boss of the goods sector’s leading trade body has said.

Construction Products Association (CPA) chief executive Peter Caplehorn said materials companies and home builders were not the only sectors responsible for the siding crisis and that the government should look at a “more large”.

The comments follow last week’s dramatic end to negotiations between the government and APC over financial contributions from the commodity sector to the costs of rehabilitating unsafe buildings.

Housing Secretary Michael Gove said he considered the talks ‘done’ after no deal was reached and promised to do ‘whatever it takes’ to force the sector to return accounts, including taking companies to court.

He accused the industry of failing to show leadership in not agreeing to a funding deal and warned there would be “significant commercial and reputational consequences for companies that did not step up”.

The government said 35 homebuilders have now signed its coating pledge to address building safety issues in residential buildings and also called on product companies to play their part.

As the nation’s largest homebuilders, including Barratt, Persimmon and Taylor Wimpey, signed the pledge, the executive chairman of the industry body representing them, the Home Builders Federation, said that other parts of the construction industry now had to pitch in. pockets too.

Caplehorn told Building the government was aiming for a “simple solution” to a problem he said was complex and required the involvement of all parts of the construction industry.

“There are a lot of other parts of the industry that need to be part of the conversation,” he said, adding that a funding agreement should include “everyone involved…who had authority over the way these buildings were put together”.

When asked how entrepreneurs would be able to afford the costs involved, he said: “I understand that different parts of the industry have different business models, but I think it’s important that they do part of the discussion and it wouldn’t be beyond the mind of man. invent a contribution system that is proportionate.

In a letter to the CPA last week, Gove said product makers had used the scale of the problem as “an excuse to do nothing, slowly.”

But Caplehorn said he undertook “a significant amount of proactive commentary, proactive action, it just doesn’t quite fit the formula or the way of looking at things that has been proposed by the Secretary of State. “.

He added: “You can’t just say ‘we’re going to put a lot of money in a pot and then go out and sort out some buildings’.

Last month, the CPA said it had been unable to reach consensus among its members on contribution funding due to insufficient data on the amount of work required on buildings.

The group said a survey of each affected building should be undertaken to identify safety issues. Gove responded by saying tenants ‘do not have the luxury of waiting years for each building to be assessed before funding is committed’.

Caplehorn admitted there was no time to survey every building, but added that “to spend any funding wisely, you would need to know this information before you start work.

“I sympathize hugely with people who say we’re trying to make it too complicated and trying to see what we can do to delay things, but that’s not true.

Homebuilders will have signed Michael Gove’s pledge on siding costs

“It’s a case where the buildings are complicated and we actually have buildings where we don’t know what’s installed and so you discover this stuff for the first time when you take it apart it’s difficult and you have to work therefore the process must be logical.

Caplehorn said manufacturers are now “extremely concerned” about how the current situation is developing and admitted the sector is now in a “worse situation” than it was when talks with the government were still in progress. Classes.

Since January, the government has been leading discussions with the housing and building products sectors on industry contributions to ending the building security crisis.

Gove’s letter to the CPA followed the government announcing that all major homebuilders had signed a pledge to address building safety issues on their own properties.

The Department of Leveling, Housing and Communities said in a statement that any companies that remained to pledge would be barred from building and selling new homes under powers also tabled in the Property Safety Bill. buildings.