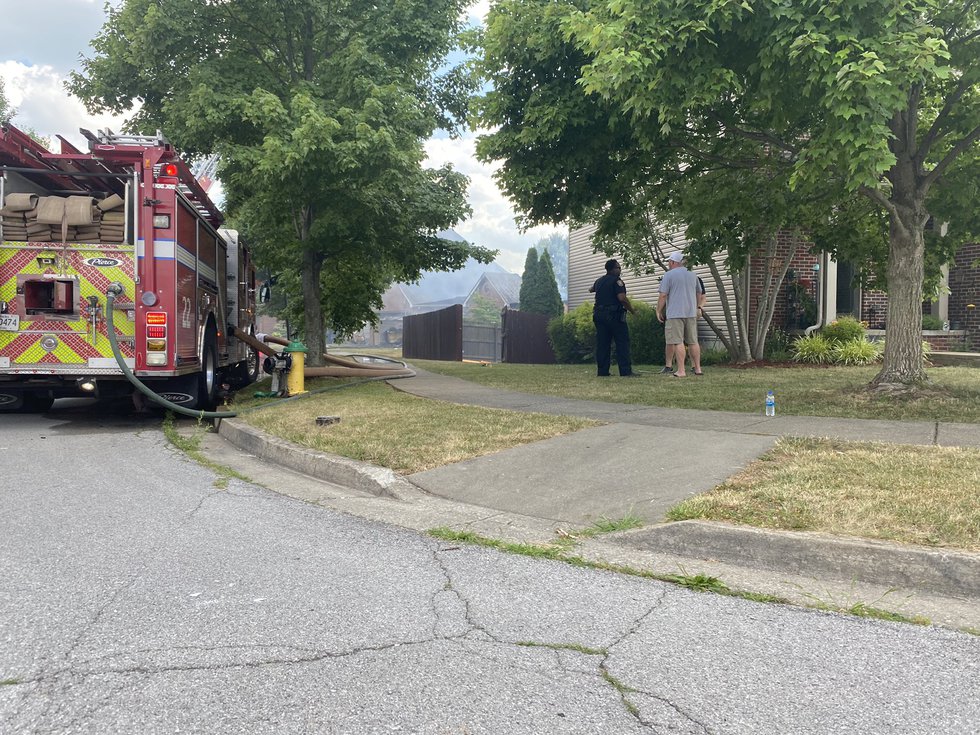 Crews fight fires at nearby homes in Lexington in hot, dry conditions

Fire crews were called to the Sunny Slope Trace area off Winthrop Rd., not far from the intersection of Nicholasville Rd. and Man-o-War Blvd, at approximately 4:15 p.m.

“When the crews arrived on the scene, they had two structures – two single family dwellings – that were on fire,” Battalion Chief Chris Ward said.

Firefighters said a house caught fire and it spread by the second. It became a two-alarm fire as crews worked to stop the fire spreading to other homes.

“The incident commander made the decision to focus on the second one, it was still salvageable,” Ward said. “The first was almost gone”

Once additional firefighters arrived on the scene, they were able to put out the fires at both homes. Although they don’t know which house the fire started in, Major Jessica Bowman says the two are a total loss. Other homes also suffered melted siding from radiant heat.

Major Bowman says the second alarm was triggered in part because of the hot, dry weather conditions. Battalion Chief Ward explained how difficult it can be to fight a fire under these circumstances.

Ward says it’s extremely difficult for a firefighter to stay cool anytime it’s over 90 degrees and when he comes out of a burning building he gets drenched.

“It’s not water they put on the fire,” Ward said. “It’s because they sweat a lot. You also need to replace the fluids.

But a rehab caravan was on hand to keep them cool and no civilians or firefighters were injured in the blaze.

“It’s still tough, but we didn’t lose anyone to heat exhaustion today,” Ward said. “We were able to rotate the crews relatively easily because we had so many people here.”

Fire officials told us that one house was vacant and a family lived in the other. The family has a place to stay with friends for the night.

Ward says a fire watch is in place in the area overnight to ensure no hot spots erupt.

Fire investigators say the cause is unknown at this time.

Here are the aftermath of the two-alarm fire on Sweetspire Drive in Lexington.