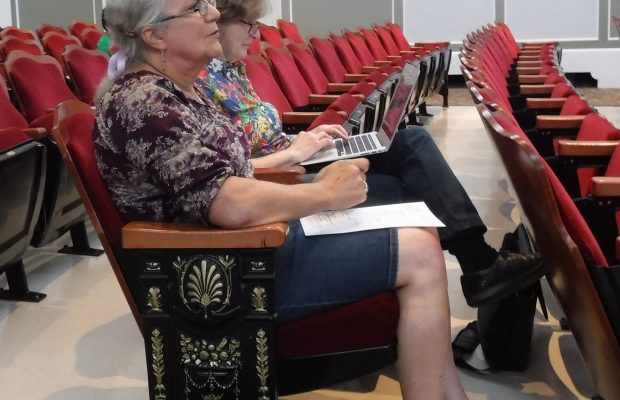 Donna Price candidate for the House of Delegates

CHARLOTTESVILLE, Va. (WINA) – Albemarle County Board of Supervisors Chairwoman Donna Price is running for the new 55th District seat in the House of Delegates. This in response to the Supreme Court’s leaked draft opinion that would overturn Roe v. Wade.

Price, who is running as a Democrat, announced his campaign for the nomination on Facebook Tuesday morning, a day after filing the necessary paperwork.

In her announcement, she said the American people are engaged in a legally existential battle for abortion rights, voting rights, LGBTQ rights, and labor rights.

Kellen Squire has also filed a Democratic nomination to run for the 55th District seat and plans to announce her candidacy on Friday.

Every vote, every election, every time!

Virginians are currently one vote away from losing their abortion rights. ONLY ONE VOTE!

It is with this concern that I announce my candidacy to run for the new seat of the 55th District of the House of Delegates. Yesterday morning, I filed my campaign committee paperwork to be a candidate — be it this year following the Federal District Court case of Goldman v. Brink; or, next year as planned. WATCH THIS AREA for announcements of my new campaign website and my ActBlue account. These announcements will be made very soon.

One voice, one voice…

When then-candidate Glen Youngkin was running for governor, he was caught telling his supporters that he opposed abortion rights; and, while the governor would act to overturn abortion rights…he would go on to say that he cannot publicly campaign on this because it would hurt his chances of being elected.

NOTE TO FILE: When someone tells you who they are; believe them!

Basically, publicly obscuring and hiding his true beliefs from the majority of voters, Governor Youngkin will now be able to deliver on that campaign promise. This is similar to what we are apparently about to see when conservative members of the United States Supreme Court overturn Roe v. Wade – despite their recent confirmation from US Senate hearings that abortion rights are settled law. Lies. That’s all they did was lie about their true intentions.

The GOP now controls the governorship, the House of Delegates is only ONE VOTE away from being able to pass legislation in the state Senate; meaning what we will most likely see is the Democratic senator who opposes abortion rights alongside the Republicans. That turns a 21-19 Democratic majority into a 20-20 tie, with the Republican lieutenant governor casting the deciding vote that will allow anti-abortion legislation to pass the General Assembly, where it will then be signed into law. in a law banning women in Virginia. their right to choose their own destiny.

While I support plaintiff Goldman v. Brink, I have personal concerns about the 2022 election given the mood of the country. These concerns no longer exist. We are in a legally existential battle for the rights of Americans:

Republicans care more about corporate profits and rights than your life and your rights. They reduce regulations on businesses while increasing regulations on your personal life decisions… who to marry, whether to have children, be protected from workplace abuse, just be free to be yourself…

Every vote, every election, every time…

Let’s work together to protect the rights of all Virginians.