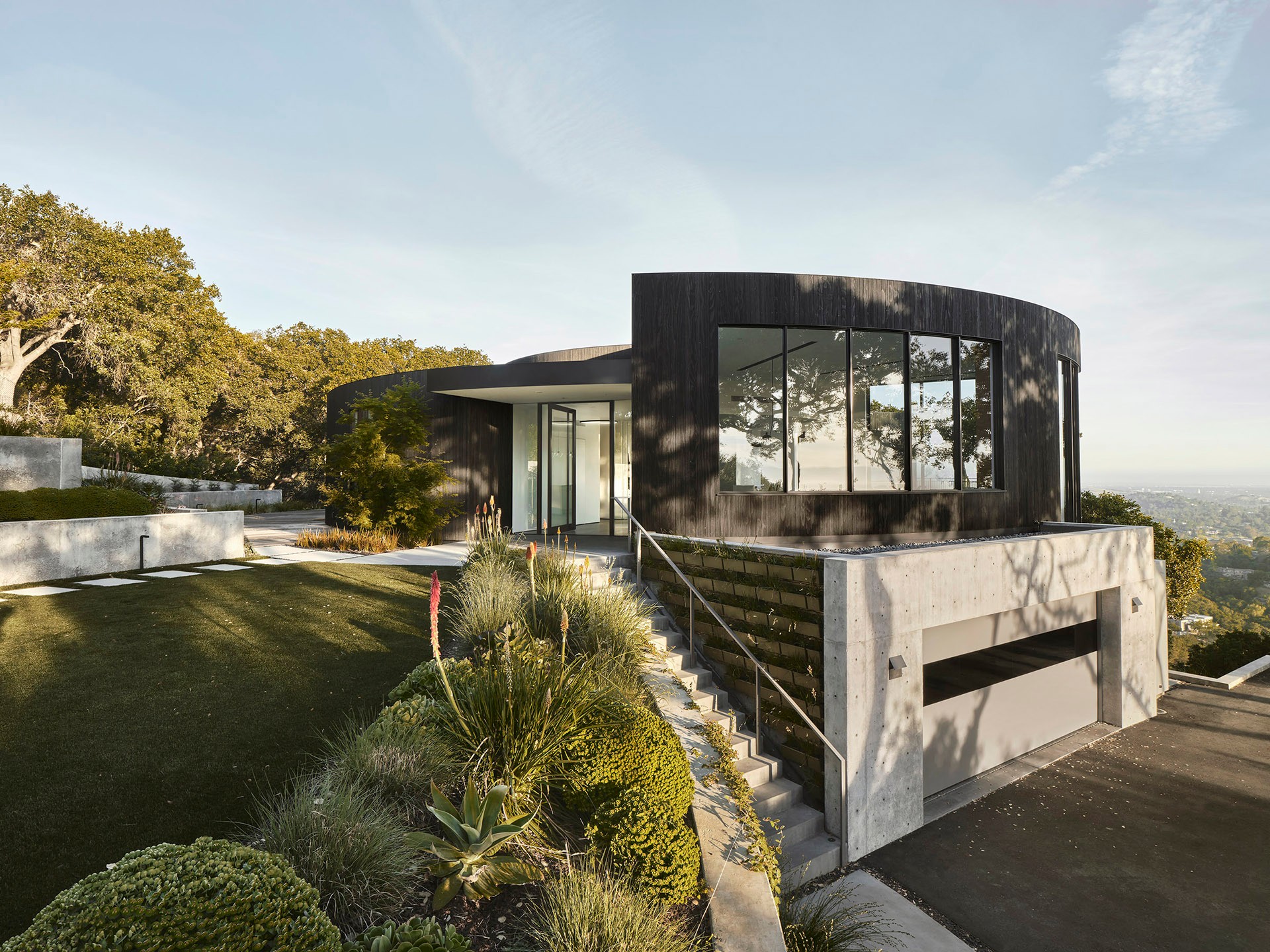 Hidden amidst the lush greenery of Los Altos Hills, California is the recently renovated Round House by Feldman Architecture, so named for its round shape. The unique geometric structure is one of the few round homes built in California in the 1960s. Clients fell in love with this unusual round home at first sight and initially planned only a few modest renovations before moving in, but they soon realized that the house was inefficient in many ways and decided they needed to completely redesign its design. An example of the type of problem Feldman Architecture encountered was the gutters that blocked the spectacular view through the windows. According to studio founder Jonathan Feldman:“Our team set out to design an enrichment respectful of the original form of the house, focusing on a site-sensitive response to the steep and challenging plot.”

Perched on top of a rock, Round House offers a 180° view from the wooden walkway that runs through it. There was originally a small open courtyard in the middle of the floor plan, but Feldman Architecture transformed it into a kitchen and gourmet workshop: a very suitable choice for a budding baker and a family of enthusiasts of gastronomy. A large round skylight now lets daylight into the kitchen to create an unexpected kind of daybed, illuminating different sections of the custom-designed furniture at different times of the day.

Visitors entering the house through the main door are guided by the wide spaces and converging lines towards the middle of the house. The kitchen counter, which is the real center of the house, faces an open plan living room with large windows overlooking the surrounding landscape. The living room is where the walkway around the house begins, creating a number of transitional opportunities between indoors and outdoors. At the intersection of the spaces between the living room and the kitchen, a large patio on the side of the walkway around the perimeter opens up towards the middle of the floor plan. From here, and from the living room, the Southern California Bay is visible in all its glory. A hallway surrounds this kitchen island with a concentric circle, leading guests to the four double bedrooms, each with its own bathroom and walk-in closet. This ensures that the day and night zones are separate but adjacent, in a layout like a pie chart. Floor-to-ceiling doors are curved so they can be retracted into the walls, and the walkway around the perimeter provides separate access to the outdoors from each of the bedrooms.

Jonathan Feldman goes on to describe how the challenge of the house’s circular shape forced the project team to come up with creative solutions to every aspect of its design, from plant engineering to furniture, as most conventional architectural solutions are intended to be applied to rectangular shapes with right angles, not curves. But despite the challenges involved, now that the project is complete and the pictures speak for themselves, we can congratulate Jonathan Feldman on the success of this renovation project offering an honest, creative and contemporary response to the limitations imposed by the unusual architecture of Round House. .