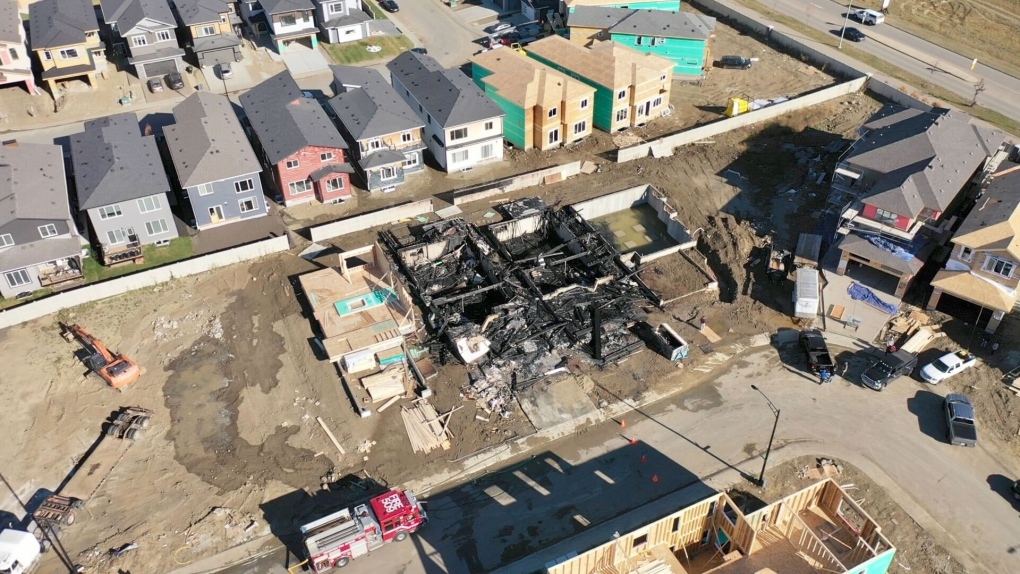 Firefighters were called to the Laurel neighborhood around 6 a.m. and arrived to find an unfinished house engulfed in fire, acting district fire chief Robert Murray said.

Shortly after 7 a.m., only a smoldering pile of rubble remained at 18th Street and 18th Avenue.

A house under construction in the Laurel neighborhood was destroyed in a fire on the morning of October 11, 2022. The fire also damaged two other construction projects and three nearby occupied houses.

While no one lived at the address, several houses to the north were evacuated as the wind carried the flames in that direction.

Mehakdeep Singh woke up when someone knocked on his window.

“We were sleeping. I actually thought someone was trying to break into the house,” he recalled.

“We wake up and see the houses there have been completely burnt down.” 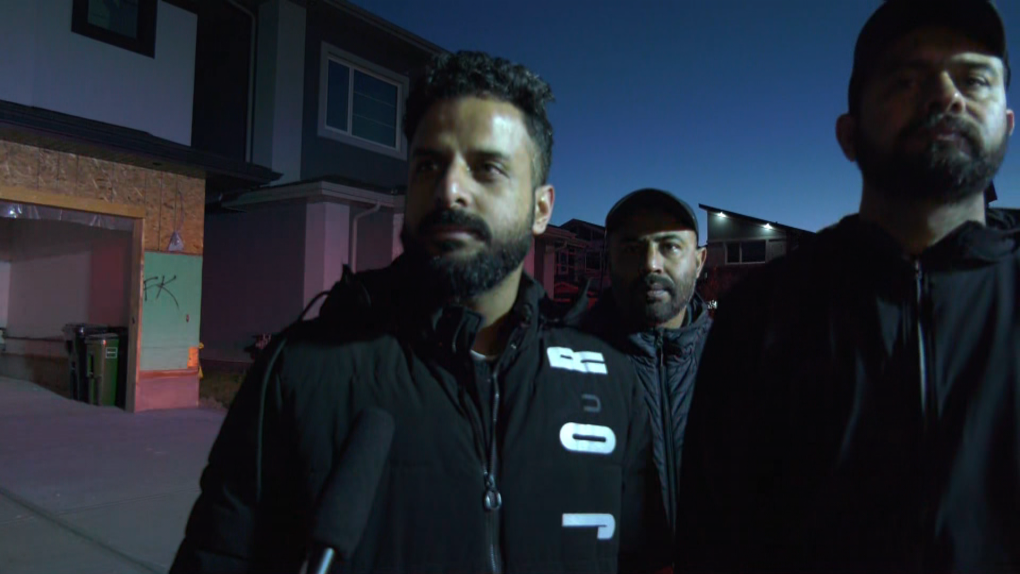 Mahakdeep Singh’s home in Edmonton’s Laurel neighborhood was one of three occupied homes whose siding melted or windows cracked from a nearby fire on October 11, 2022.

His fence was destroyed, as were the windows and siding at the back of his house.

Brar said the fire happened quickly, adding that their neighbor said everything seemed normal when he left for work that morning.

“When he left at 5:35 p.m., he said there was absolutely nothing,” she said. “So it happened in just ten to fifteen minutes.”

Murray said several other homes also had their windows cracked and siding melted.

Two other houses under construction were also damaged.