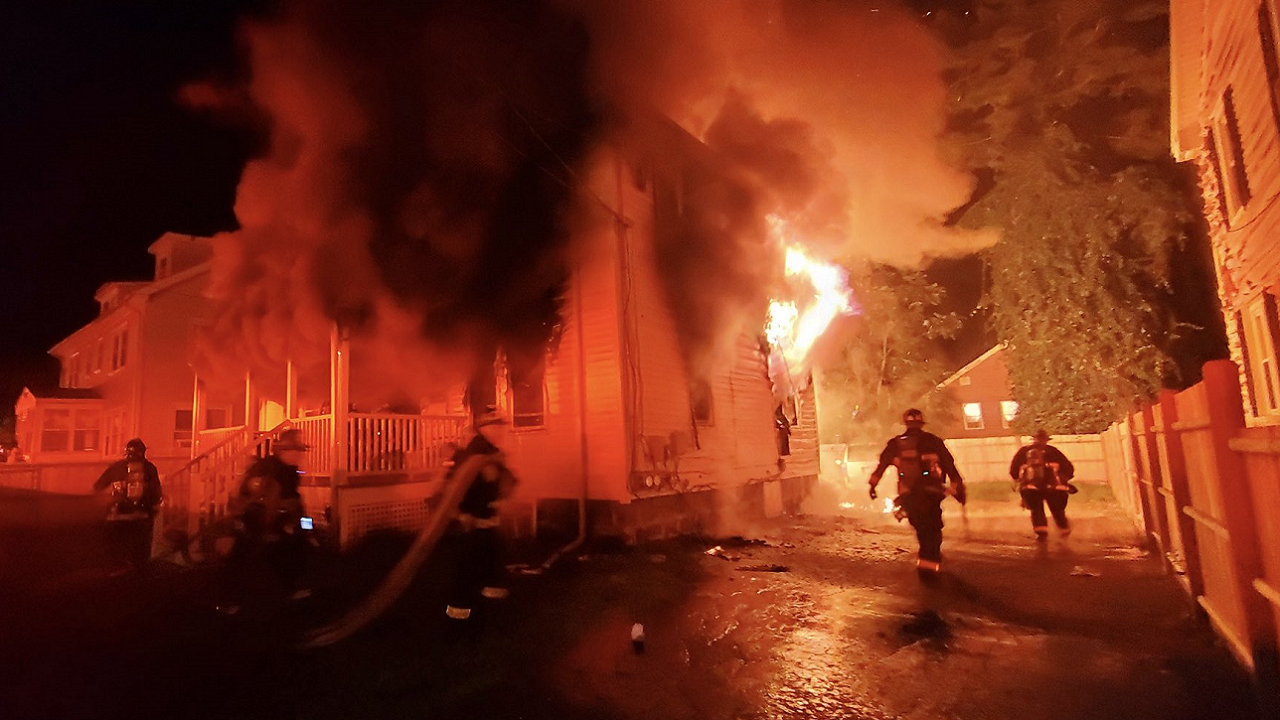 The Boston Fire Department is hailing the “heroic work” of a next-door neighbor who officials say helped save a mother and her two children from a raging 3-alarm fire.

The fire started around 12:10 a.m. Saturday in a two-and-a-half-story apartment building in the city’s Roslindale neighborhood.

‘Heroic work by the next door neighbor to save a mother and her 2 children who were trapped on the 2nd floor by heavy fire during the 3 alarm blaze on Delford St,’ the fire department said. Boston in a tweet. “He put down a mattress for them to jump on as he grabbed the 5-year-old that the mother had dropped out the window for him.”

The inferno is estimated to have caused $1 million in property damage.

The Boston Fire Department said “radiant heat from the fire volume melted the cladding of the adjacent building.”

Eventually, five adults and four children were moved as a result of the fire. Two firefighters were slightly injured when the flames were extinguished.

The cause of the fire was not immediately clear.

“Quick decisions from the command staff and a coordinated effort from our fire alarm division allowed our firefighters to aggressively attack the fire inside and out and contain it in a building,” the Boston Fire Department said. “Excellent work by all!”