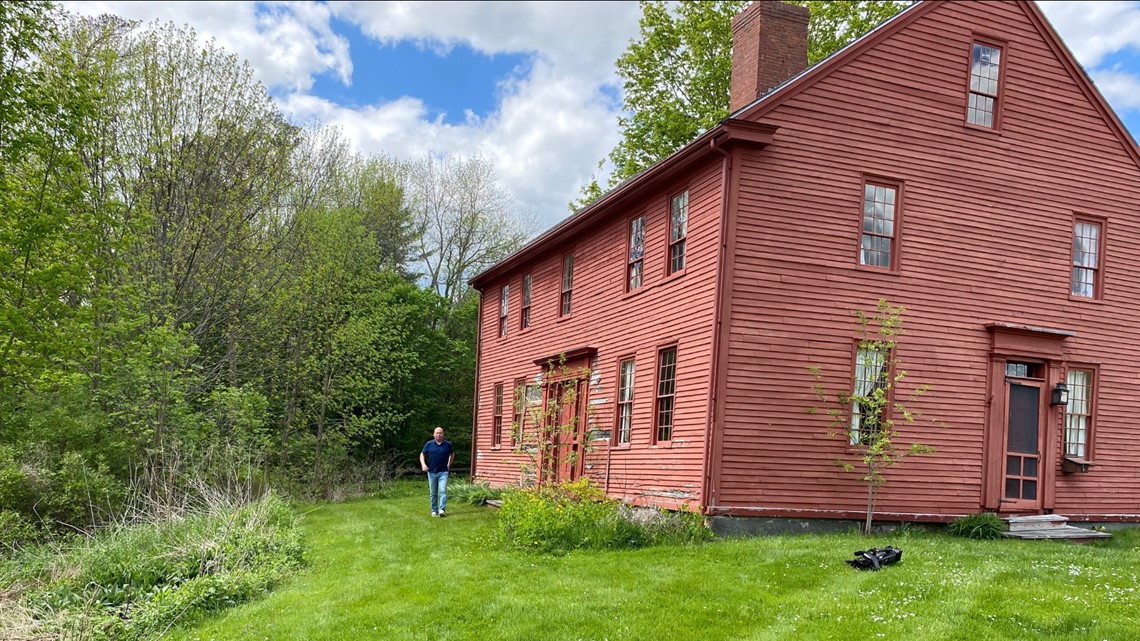 Historic Colburn House to save, just in time

In 1775, Colburn House was the site of a defining moment in the Revolutionary War. Now it needs fixing.

PITTSTON, Maine – The foundation is collapsing. The siding around the front door is breaking, falling off and revealing gaps underneath. The windows are missing. Even the historic site sign is tilted.

The Colburn house must be saved.

The house, which once offered stunning views of the Kennebec River, was built before the American Revolution and belonged to Major Reuben Colburn, a prominent Maine lumber merchant and friend of George Washington.

And in 1775, it was the site of a defining moment in the Revolutionary War.

“This is the house where the boats were built, 220 in 10 days, to send an army of 1,100 settlers with Benedict Arnold, when he was a hero, not a traitor, to go north to take Quebec said historian Tom Desjardins, who literally wrote the book on the Arnold Expedition.

Desjardins also served as a historian for several years for the Maine Bureau of Parks and Lands and helped lead the final restoration of the house between 2011 and 2013.

These repairs, however, did not last, and the facade of the 277-year-old house is in particularly poor condition. It has not been open to the public for several years.

Gary Best, regional parks manager for the Maine Department of Agriculture, Conservation and Forestry, says there was no willful neglect of the Colburn House site, just a lack of money sufficient to meet all needs.

“Our budget with parks and lands is quite lean, so we’re stretching it as much as we can,” Best said.

He says the parks and other sites that attract the most people have often won the competition for funding and agrees that Colburn House has deteriorated from lack of maintenance.

“We prioritize every day, every year. This site, we have to catch up on funding (and) that’s what we’re working on now.

Best says the department is seeking a grant from the National Park Service because of the house’s national significance. They also plan to use some of the money the state received from the US federal bailout. The project, he says, will cost “hundreds of thousands of dollars”, and says the Colburn House is now a top priority for state action.

But it’s not the only one.

That backlog could be significantly reduced over the next few years as the department receives $50 million in federal funds from ARPA to rebuild infrastructure at parks and historic sites — the biggest investment ever, according to a spokesperson. word of the ministry.

Best says it’s definitely time to work to rebuild Colburn House where it should be so visitors can see and learn about it again.

“We want to make sure that we take care of all these sites. Each of them has a huge meaning. They didn’t become a state historic site on a whim. They mean a lot to Maine.”

Desjardin says this particular site is really important, because of the importance of Arnold’s expedition. It was both a heroic and tragic story, he said. Of those 1,100 men who left Pittston in boats. Only 400 arrived in Quebec. Their siege of the city ultimately failed but had an impact later in the war.

“So what started here with 220 little boats built by the guy who lived in this house,” Desjardins said, “won the revolution years later at the Battle of Saratoga.”

Arnold, Aaron Burr and others stayed in the house with Colburn in 1775 as they made their final preparations and then headed upriver into the desert.

“It’s one of those stories that a lot of people in Maine don’t know about…but when they hear about it, they’re like, ‘Really?

It may take another two years of planning, fixes and then major repairs, but Gary Best says the Colburn house will continue to stand here, just over the river, so future generations can learn the story.