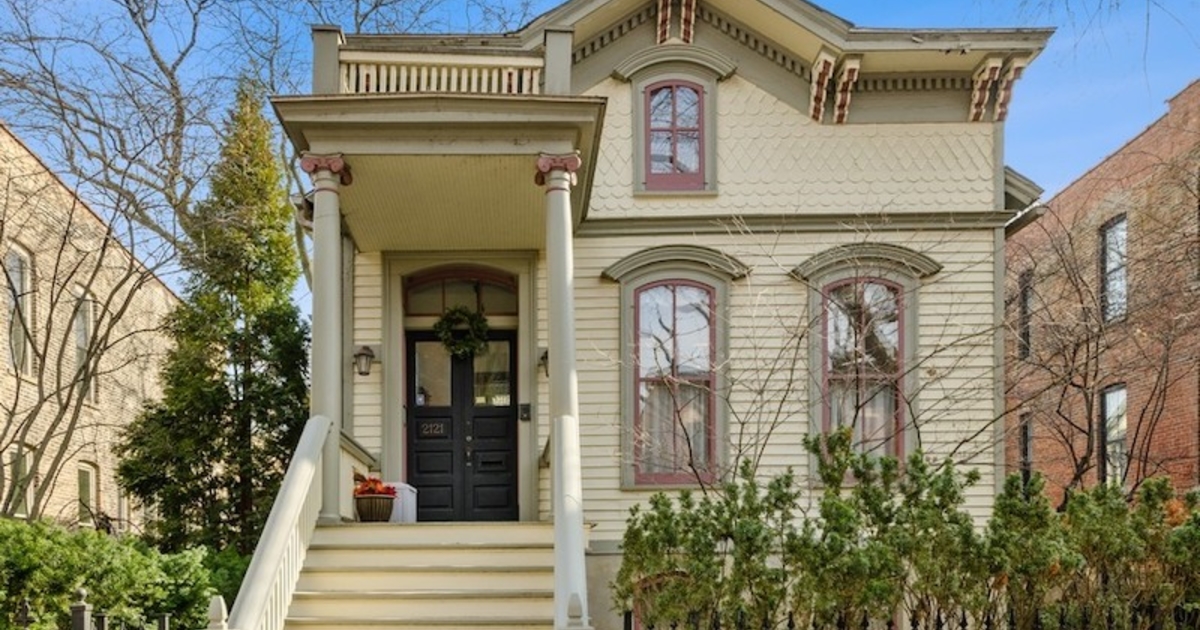 House that survived the great Chicago fire for sale

With or without the cider, the house is a survivor, one of the few structures still standing in the Burnt District. The house has a kind of brotherly relationship with two other famous structures that survived the same fire, the water tower and the pumphouse on Michigan Avenue. All three buildings were the work of WW Boyington, one of Chicago’s most prominent architects in the years before and after the fire.

In the early 2000s, Sophia de la Mar and Brayton Gray lived a few blocks from Bellinger Cottage in Lincoln Park, and “we used to say to each other, let’s walk past this lovely cottage,” Gray recalled.

In 2005, they bought the house, on Hudson Street (which was called Lincoln Place at the time of the fire). They did an extensive rehabilitation, adding a multi-story section at the back that makes it a 3,650 square foot four-bedroom home with an attached garage.

Now retired, she from nursing and he from a chair in mathematics at the University of Illinois at Chicago, the couple said they spent much of the Covid era in another historic home that they owns, in France and in California close to his family. They will put the Chicago home on the market in mid-March, represented by Bette Bleeker of @properties. The asking price is just under $2.4 million.