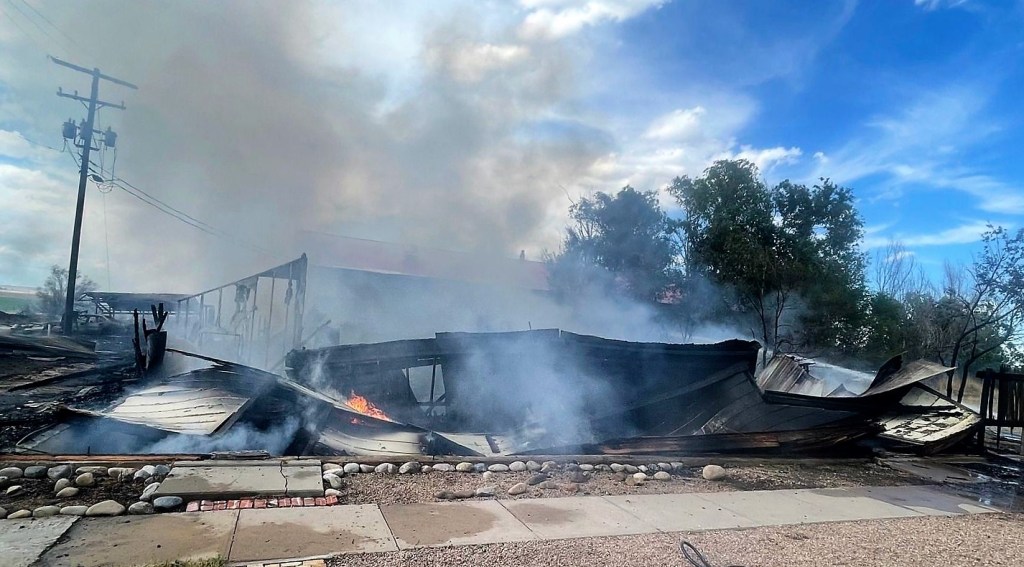 Padroni’s historic school was destroyed by flames; cause not yet known – Sterling Journal-Advocate

Padroni’s historic old school building was burned down over the weekend. Sterling Fire Chief Lavon Ritter said a cause has yet to be determined, but the investigation is ongoing.

Firefighters responded to a call around 2:30 p.m. Sunday, reporting a structure fire on Pawnee Avenue and McKinley Street in Padroni. At first it appeared that a fire in the building, which was almost entirely involved at the time, had started a nearby grass fire. But Ritter told the Journal-Advocate on Tuesday that the alarm was first triggered by a passerby who told residents of a nearby house that there was a grass fire behind their property. Ritter said it’s possible the fire started there and spread to the school, but that has yet to be confirmed.

Ritter said the decision was made to try to salvage the surrounding structures.

“The building was on fire everywhere and the command made the decision to just go on the defensive,” he said. “Crews set up multiple lines to protect surrounding structures, attack the grass fire, and attack the main structure.”

A nearby house suffered heavy damage to its plastic cladding, but there was little further damage and the school’s accompanying gymnasium was saved. A Logan County deputy sheriff was busy making sure no one was in the building when the tide turned and within moments the deputy’s vehicle was engulfed in flames.

The holiday weekend was also quiet for the department. Ritter said there were two minor calls for fireworks incidents, but nothing major.