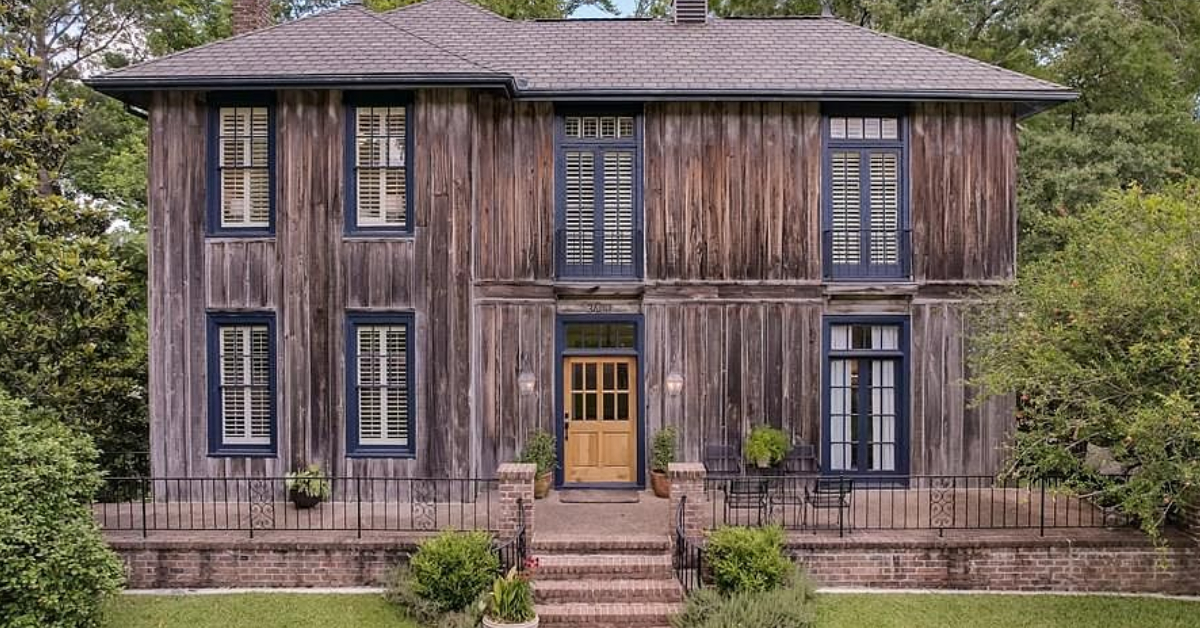 PERSPECTIVES: The Cypress House and its rich history – The Vicksburg Post

There is no kitchen in Vicksburg more remarkable than that of Laurin Stamm.

For more than 20 years, Stamm, who was the editor of the Vicksburg Post, wrote a weekly column called “From the Kitchen of the Cypress House.”

Although readers may be familiar with Stamm’s kitchen, which was depicted in a cartoon that accompanied each of her columns, which included stories she wrote highlighting family, friends and local events and of course recipes, The Cypress House itself may not be so familiar.

The house was built in 1913 for WK McLaurin, who would later become a judge. Three generations of the family continued to live in the house, said Story Stamm Ebersole, McLaurin’s great-granddaughter, until it was sold in 2019 to Reverend Andy and Anne Andrews.

Located on the 3400 block of Drummond Street, the exterior of the two-story house was not originally cypress. It was a plank and batten house with a porch that covered most of the lower level from the outside.

It wasn’t until Laurin Stamm and her husband, Jack, took possession of the family home that the exterior was changed to cypress.

Before the Stamms moved in, Ebersole said his grandfather and uncle lived in the house.

“My uncle (late Vaughn Fields, father of Vicksburg resident and Mississippi Today reporter Lauchlin Fields) and my mother inherited the house, but when my grandfather and uncle lived there, they converted it into apartments,” Ebersole said. “They just didn’t want to live in a big house.”

After her grandfather died in 1969, Ebersole said her parents ran the apartments.

“So they just decided they were going to live there. So my parents redid the house,” said Ebersole, with Vicksburg architect Skippy Tuminello hired to draw up the plans.

“We renovated the house. It just had a coating on it. I don’t really know why Skippy made it out of cypress,” Ebersole said, but she knew the cypress was obtained from a friend of her father’s who was a craftsman who worked for Anderson Tully at their Memphis location.

The renovation was completed in 1972 and the family moved in.

“We lived in Broadmoor and when we went there we said we were going to the new house,” Ebersole said.

It was Ebersole’s younger sister, Maggie, who was two years old at the time, who started calling the “new home” The Cypress House, and from there she stuck.

Ebersole said the house originally had a dirt basement, but when the family moved in it had been finished.

With a family of seven, Ebersole said, the house had five bedrooms, with sisters sharing at one point. It hadn’t been an ideal situation, Ebersole said.

“Lauri and I shared a room until we started fighting. We were teenagers,” laughed Ebersole, so to keep the peace changes were made.

When asked her favorite thing growing up at The Cypress House, Ebersole said there were too many to list.

But she said she and her siblings had always thought it was unique to live in a house with a spiral staircase.

“It was always cool to have a spiral staircase back then,” Ebersole said.

The wine rack was also distinctive.

“My dad’s favorite was the wine rack built from the same cypress that the house was covered with. And of course, it’s the same wine rack you see in Mom’s kitchen column that was sketched out of the kitchen,” she said.

For those interested in seeing the inside of the house, The Cypress House recently went viral on the For The Love Of Old Houses Facebook page, which connects old house lovers with their dream home.

Terri Frazier was born in Cleveland. Soon after, the family moved to Vicksburg. She is a part-time reporter for the Vicksburg Post and editor of Vicksburg Living Magazine, which was awarded first place by the Mississippi Press Association. She was also the recipient of a first place award in the editorial division of the MPA’s Better Newspaper Contest for “Best Feature Article”.

Terri is a graduate of Warren Central High School and Mississippi State University where she earned a bachelor’s degree in communications with a major in public relations.

Before coming to work at the Post just over 10 years ago, she freelanced at the Jackson Free Press. But for most of her life, she enjoyed being a full-time stay-at-home mom.

Terri is a member of Crawford Street United Methodist Church. She is a life member of the Vicksburg Junior Auxiliary and was a member of the Sampler Antique Club and the Town and Country Garden Club. She is married to Dr. Walter Frazier.

“Whether it’s staying informed about local government issues or hearing the stories of local residents, a local newspaper is vital to a community. I have felt privileged to be part of a dedicated team at the Post throughout my tenure and hope that with theirs and with local support, I can continue to grow and hone my skills while helping to share the stories in Vicksburg. When people ask me what I love most about my job, my answer is always “the people”.