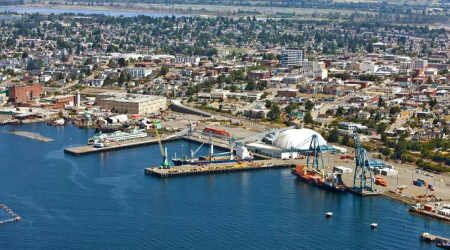 The new siding will help support the international movement of goods at the port, located 25 miles north of Seattle. In February, the Port Commission awarded a $ 3.4 million contract to Granite Construction for the construction of the siding, port officials said in a press release.

Funded in part by a federal grant from Investments in transport generate economic recovery (TIGER), the project will complete the second phase of rail terminal upgrades which were designed to improve regional rail freight mobility and capacity, they said.

Additionally, the project will provide a “critical connection” to allow BNSF Railway Co. easier access to the port’s marine facilities, thereby reducing congestion on the mainline from Seattle to Canada and east along the corridor. North.

The project, which will increase the rail footprint at the port terminal from 9,200 feet to 12,500 feet, is expected to be completed in November.

How the use of coating materials has changed over the years