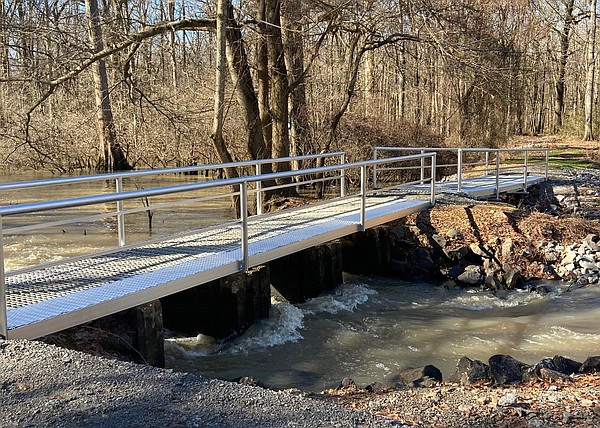 The Commission approves the construction; recognizes the excellence of AGFC employees

LITTLE ROCK — The Arkansas Game and Fish Commission approved just over $2 million in capital construction projects across Arkansas at today’s regular meeting in Little Rock. These projects will be funded from the existing budget for fiscal year 2022 and range from the construction of a fishing pier to hydrological studies for the infrastructure renovation of the George H. Dunklin Jr. Bayou Meto Wildlife Management Area. .

Projects approved at today’s meeting include:

Commissioners also approved the use of $400,000 in Marine Fuel Tax funds to completely replace the bridge on Wrape Road in Jefferson County that spans Little Bayou Meto and provides boat ramp access. water on Bayou Meto WMA. This project is a partnership between the AGFC and the Arkansas Department of Transportation with a total cost of $2 million.

During the meeting, the Commission also took the time to recognize the work and accomplishments of several of its employees. Mike and Kay Breedlove of Shikar Safari presented Pulaski County Wildlife Officer Rick Fields with the Shikar Safari Wildlife Officer of the Year Award for Excellence in Wildlife Enforcement and community building.

Former Commissioner George Dunklin was on hand to present Rocky Thornburg of Tommy’s Flying Service with the George Dunklin Award for Excellence in Wetland and Waterfowl Conservation. Thornburg is a contractor who works with the AGFC, conducting aerial surveys across the state during the fall and winter to help collect data on waterfowl numbers and provide essential services, such as l aerial seeding and the application of pesticides and fertilizers associated with the agency’s wet soil management. program.

AGFC social scientist Jessica Feltz was recognized for her recent International American Fisheries Society Award for Excellence in Public Education. Feltz received the award for her work in bridging the gap between biologists and the fishing communities they serve in multiple capacities since joining the Arkansas Game and Fish Commission.

AGFC Biologist Sean Lusk, AGFC Research Biologist Chris Middaugh and many AGFC staff were also recognized for their work on two papers submitted to the Southeastern Association of Fish and Wildlife Agencies regarding research done on the impacts of stocking and the genetic distribution of Florida largemouth bass in the lakes. DeGray and Ouachita. Lusk’s paper, “Florida Largemouth Bass Introgression: Evaluating the Genetic Response of Introducing Florida Largemouth Bass into Two Large Arkansas Reservoirs” won SEAFWA’s Jack Dequine Award for Outstanding Technical Paper. Middaugh, who was the second author of Lusk’s paper, also had the second paper in the award category, “Stocking Spatial Patterns: Spatial patterns of Florida Largemouth Bass Genetic Introgression Into Northern Largemouth Bass Population After Stocking.” Both articles will be published in an upcoming issue of the scientific journal SEAFWA.

During his address to the Commission, AGFC Director Austin Booth added to the accolades, referring to many employees who work behind the scenes to keep the Commission on track.

The Commission also announced the creation of the Joe Morgan Prize, which will be awarded to the team that collects the most non-perishable food for the canned food drive held at the annual School Archery Championship.

“Every year since Joe was a commissioner, he has attended the State Championship for the Schools Archery Program,” Doramus said. “Joe was so proud to go and talk to parents and grandparents at the event.”

Morgan personally collected money directly from other commissioners to reward the team that brought the most food for Arkansas Hunters Feeding the Hungry at the event. This award will continue in honor of his efforts and love for the youth of Arkansas.

“We are proud to do this for our friend, the late Joe Morgan, who is forever in our hearts,” Doramus said.

In other cases, the Commission:

A video of the meeting is available at https://www.youtube.com/user/ArkansasGameandFish