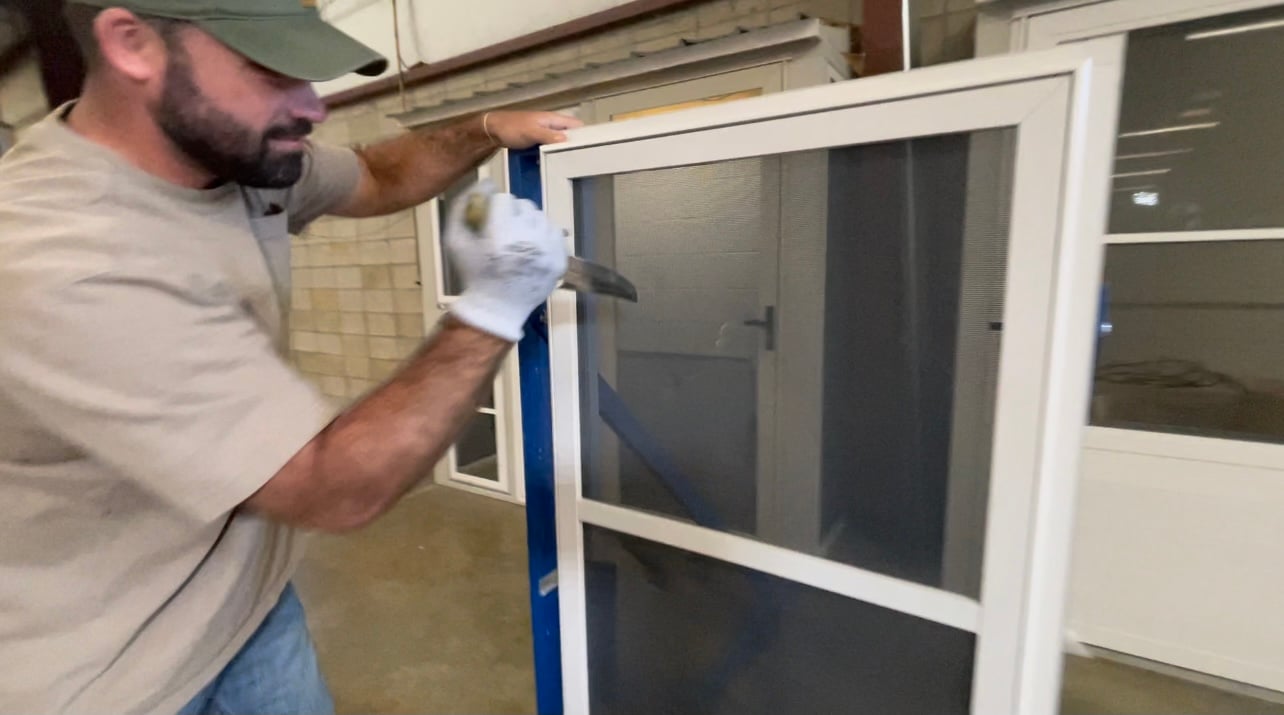 TUPELO, Miss. (WCBI) – A northern Mississippi company is developing a product to protect lives and property.

Tapco screens can repel a knife and a baseball bat.

The Tupelo Company began manufacturing screens and storm windows in the 1960s.

But over the years, Tapco has developed high-strength steel screens for security and hurricane protection.

“We were building displays for HUD and we were doing a project in Pascagoula, a two phase project, did phase one, installed them and Katrina hit. The maintenance guy called and said, your screens kept every window with a screen from being broken, and every window that didn’t have a screen, the glass was breaking,” said general manager Don Roberts.

From there, the TAPCO team created a security screen to withstand Florida’s building codes, the toughest in the country.

Roberts says the screens also provide protection against intruders in homes, businesses and schools. Screens can be placed on exterior and interior doors and windows.

“It would be wonderful if we could come up with security measures that could be made in Mississippi, to secure our schools, that would go through a competitive bidding process, that would be fair, but in my mind, it’s a winner- a winner, if you can find local manufacturers and contractors to outfit and upgrade our schools with safety devices,” McMahan said.

“We would like our screens to be used but it’s dumb they have to put something up there to stop the shooter from entering the classroom, once he enters the building he still has access to the classroom, through the glass, and it’s nice to have them outside as well,” Roberts said.

With crime on the rise from small towns to big cities, Roberts says TAPCO is getting even more inquiries about its products from dealers across the country.

The screens also protect against hail and vandals and act as a solar deterrent. About 30 employees work at the Tupelo site.