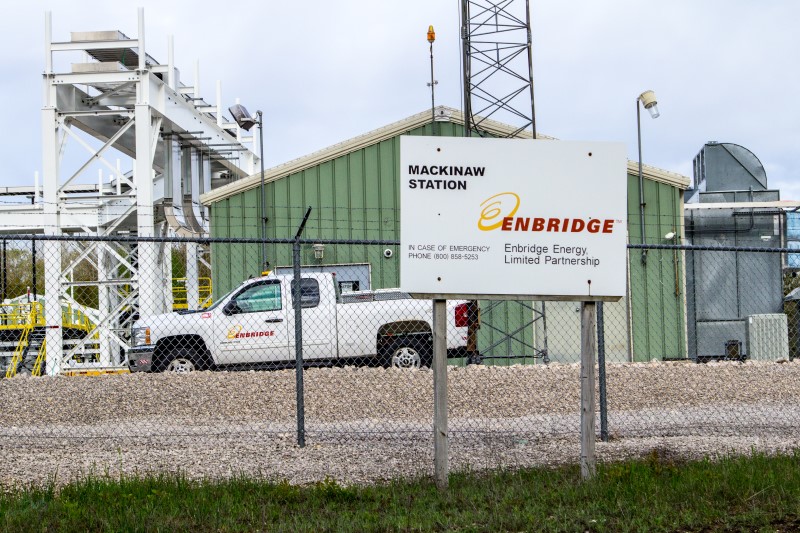 US not considering shutting down Canadian pipeline, White House says

CALGARY (Bloomberg) – The White House has pledged to discuss a key pipeline that carries Canadian crude through Michigan with the neighbor to the north, stressing that the United States is not considering shutting down the conduit that the state governor wants to close.

The Canadian and US governments “will engage constructively” on the future of Enbridge Inc.’s Line 5 pipeline, White House Senior Deputy Press Secretary Karine Jean-Pierre said at the meeting. a press conference on Tuesday.

“These negotiations and discussions between the two countries should not be taken as anything other than that, and certainly not as an indicator that the US government is considering the shutdown,” she said. “This is something we are not going to do.”

The comments helped clarify the Biden administration’s position in a growing dispute between Michigan Governor Gretchen Whitmer, a Biden ally, and Enbridge. Speculation that the United States is considering shutting down the line that delivers propane and oil to the Midwest has sparked sharp criticism from Republicans at a time when energy prices are rising due to supply. greenhouse.

The line is also a key oil conduit for refineries in Ontario and Quebec, a fact that has caught the attention of Justin Trudeau’s government. Canadian officials have called the continued operation of the pipeline non-negotiable, and Canada recently invoked the provisions of a 1970s treaty to defend the operation of the pipeline, elevating the dispute to an international level.

President Joe Biden took a tougher stance on pipelines than his predecessor, overturning the controversial Keystone XL project, which would have helped ship Canadian crude to U.S. refineries on his first day in office. But siding with Whitmer on closing Line 5 could raise fuel prices in Michigan, a key electoral state, and deteriorate relations with Canada.

Whitmer argues that Line 5 is a threat to the Great Lakes because it crosses the Straits of Mackinac and could spill oil into the waterway. Enbridge has so far defied the order, leaving the two sides to argue their differences in Federal Court.

The Calgary-based pipeline giant said its plan to build a tunnel to house the pipeline under the lake bed will make it safer. The tunnel project is currently under study by the US Army Corps of Engineers.

The rise in prices of building materials resumes in October

Turning a House into a Home: Community Troop Makeover an Elderly Woman’s…

Search for sponsors for the 149th house of Habitat | New